Director Chloé Zhao teamed up with cinematographer Joshua James Richards on her first three features. The two are also partners in real life.

The first two films, Songs My Brother Taught Me and The Rider, star people the director met on a Lakota Sioux Reservation, who play fictionalized versions of themselves. This extraordinary mixture of real characters and scripted scenes gives her films a unique authenticity. Of course non-professionals actors can often appear wooden and artificial, and Zhao’s signature talent is to enable her cast to reveal themselves, after a lengthy immersion process.

The director used a similar approach in Nomadland, with struggling American senior citizens who live in vans on the road, but she added a fictional protagonist, Fern, played by actor Frances McDormand with dazzling simplicity. Zhao also edits her films, weaving truthful moments into a concise, poetic collage of intimate scenes and epic landscapes.

Nomadland follows Fern as she travels through the west in her van after losing her husband and her home. Fern survives on odd jobs, meets a community of kindred nomads, and resolutely continues alone on her healing journey through powerful American landscapes. Nomadland earned Zhao the Venice Film Festival’s top honor, the Golden Lion.

I see Zhao and Richards’ powerful collaboration as an extension of a cinematic movement I refer to as New Naturalism, which was invented by a director and a cinematographer. The visual form of New Naturalism was defined by Terrence Malick and Emmanuel “Chivo” Lubezki, ASC, AMC, for The New World in 2005 with an informal filmmaking “dogma” that was later refined in The Tree of Life in 2011, and in their three subsequent collaborations.

The “dogma” of New Naturalism involved:

– shooting exclusively in natural light by day
– using existing lighting in dark interiors and nights
– favoring backlight to create continuity between shots from different times and places
– shooting with wide-angle prime lenses, sometimes very close to the actors, to give a sense of immersion
– seeking resolution, avoiding filters, seeking depth of field
– handheld and Steadicam cameras movements defining space in depth (in the “Z axis”)
– a constant desire to embrace serendipity… a willingness to stop everything to shoot a butterfly
– article “E”, for “Exception”, to acknowledge that all good dogmas are made to be broken upon occasion. 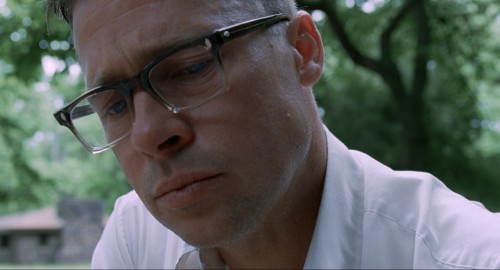 New Naturalism is all about authenticity, and the rhythmic, poetic editing of Malick’s later films is designed to cut out any hint of artifice. For his actors, this implied working without a script, encouraging improvisation, seeking happy accidents, and including non-professionals.

The New World and The Tree of Life were period pieces, respectively set in the 1600s and 1950s. The great production designer Jack Fisk gave the films’ sets unusual authenticity. The Native American village and English settlers’ fort in New World were built using historically accurate materials and techniques, and it shows. For Tree, Fisk and his team refashioned several blocks of a Texas town with detailed veracity, going so far as to fill each off-camera kitchen drawer with period cutlery and knick-knacks.

Yet, however important the contribution of editing, art direction, and other disciplines, I believe that cinematography is essential to New Naturalism. Malick and Lubezki defined the form of this cinematic movement as a unique way of filming, which in turn created unique imagery.

Indeed I believe that the continued collaboration of a director and cinematographer across several films allows them both to go much farther than they would on their own.

Like the French New Wave, which was initially defined by the collaboration of Jean-Luc Godard and Raoul Coutard, New Naturalism is a movement created by a director and cinematographer.

New Naturalism isn’t just about the cinematic form, but also about the films’ content. A recurring theme in Malick’s films is that human encounters with nature are transformational, transcendent events.

Natural light is itself so important to these films that it can be seen as a separate, leading character, embodying the living presence and diversity of nature. The fact that light itself is invisible adds poetry to this metaphor.

In Nomadland, it is the sky that is a recurring natural presence — a wild, naked sky, uncivilized… Fern’s slow healing is marked by her encounters, time and again, with the changing light of dusks and dawns in different landscapes. The filmmakers invite us to puzzle the mystery of a grieving woman’s epiphany facing the desert sky at dusk.

Fern, played by Frances McDormand, at dusk in “Nomadland”

In an age of increasingly virtual, computer-generated images and formulaic, action stories, New Naturalism offers an alternative cinema with authentic light and authentic characters, and Malick and Lubezki have influenced a generation of filmmakers.

Chivo notably shared his approach with director Alejandro Iñarritu on The Revenant in 2015, a film with a harsher view of nature than Malick’s. Jorg Widmer, who collaborated with Lubezki for his five films with Malick as Steadicamer, moved up to director of photography on the director’s latest film, A Hidden Life, in 2019, offering his own version of naturalism, with stunning mountain landscapes and simple interiors.

While many other filmmakers have adopted the visual language of New Naturalism, the films made by Zhao and Richards are also imbued with a reverence for nature itself; and the filmmaking pair have evolved the movement with their inclusion of real characters as a key to authenticity.