The Sony F55 looks to be a game-changer, I took these photos of the camera at the SATIS expo in Paris.

The F55 also has:
- Global shutter
- Simultaneous recording of XAVC and Mpeg on SxS cards
- Up to 180P high-speed

Both cameras can also be fitted with a small RAW recorder that can capture 2K or 4K 16-bit lin files. This high-quality capability is very promising indeed. With a camera body under $30K, the F55′s pricing is well below the Arri Alexa, and slightly higher than an Epic. Of course you need to add pricy accessories to get a working system 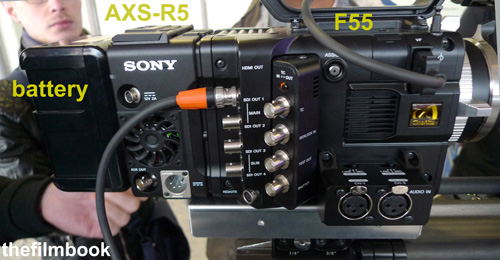 —
The right side of this F55 set-up shows the compact camera body’s HDMI and HD-SDI connectors, along with a small RAW recorder and battery on the back.

—
The left side of the F5 camera with the menu screen, and on the right the R5 RAW recorder. The camera enables recording with S-Log gamma curves. The sensitivity is set to 1600 ISO. XAVC is a new codec that delivers 10-bit 422. 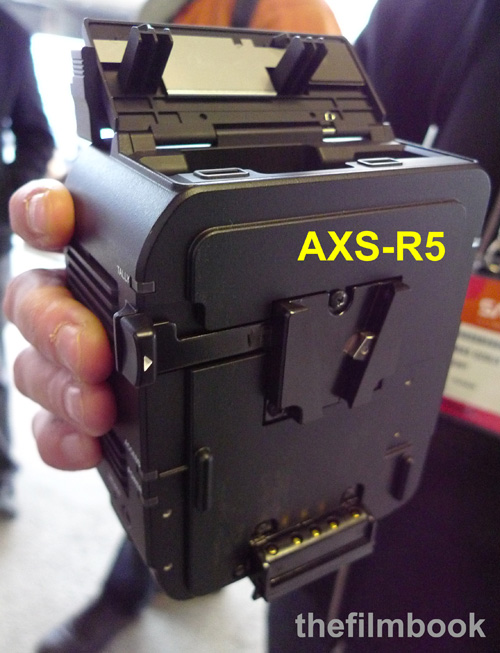 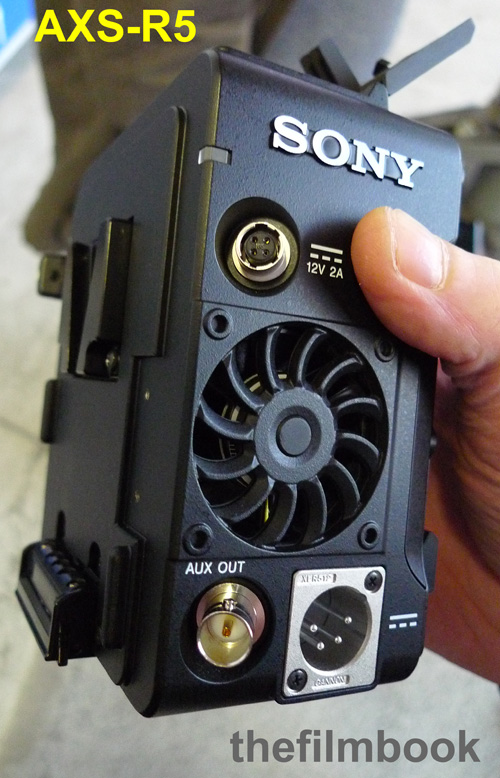 —
The R5 RAW recorder has a small fan. 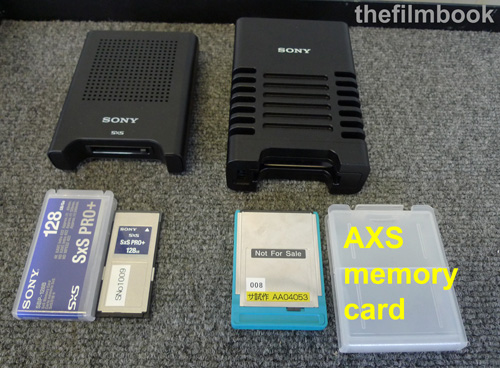 —
The F5 and F55 cameras will use 2 kinds of memory:
- SxS internal memory to record files in several codecs including the new XAVC 422 10-bit codec
- A new AXS memory card, which can record high bandwidth 2K or 4K 16-bit lin RAW files

Above the memory are 2 playback units shown in Paris with USB 3 connectors, which may be a little slow for 16-bit 4K files…

DP Thomas Ozoux was hired by Sony to demo the camera at the SATIS expo.
—
Our thanks to Thomas for his excellent demo.