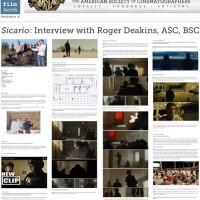 +++ I posted an interview with cinematographer Roger Deakins about a few of the lighting set-ups in Sicario, the film he shot for director Denis Villeneuve. The interview features video, frame grabs and a lighting diagram, and covers: 1. Villeneuve 2. Sicario Raid Scene Video 3. The Raid Set 4. Space Lights & Sunlight 5. [...] 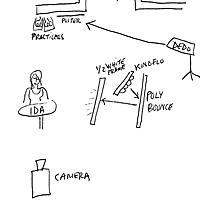 IDA director Pawel Pawlikowski and cinematographer Lukasz Zal, PSC, watching the camera monitor This post continues my in-depth look at scenes from the wonderful Polish film IDA. Once again I offer video and high-resolution images to present detailed examples of scene lighting. This 2nd post is intended to be seen after you’ve read the 1st [...]

I have always felt that the two hardest things to film are sex and dreams. Andrei Tarkovsky succeeds in filming dreams. +++ A 6-minute excerpt from The Mirror: Watch on YouTube +++ 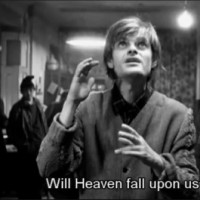 The opening 1-shot scene of this poetic film is an illustrated lesson in astronomy given by a young man in a tavern at closing time. The camera movement is masterfully choreographed by director Bela Tarr. +++ 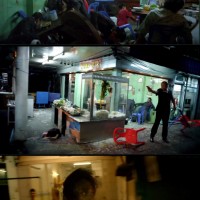